Mognoriwura appeals for support to construct a junior high school

….join the rhythms of Africa; Documenting the life of Carole Donkers in her true Africa

Up and Close with Fad Lan | Living in Music

Northern Ghana Music | albums released or scheduled for release in 2020 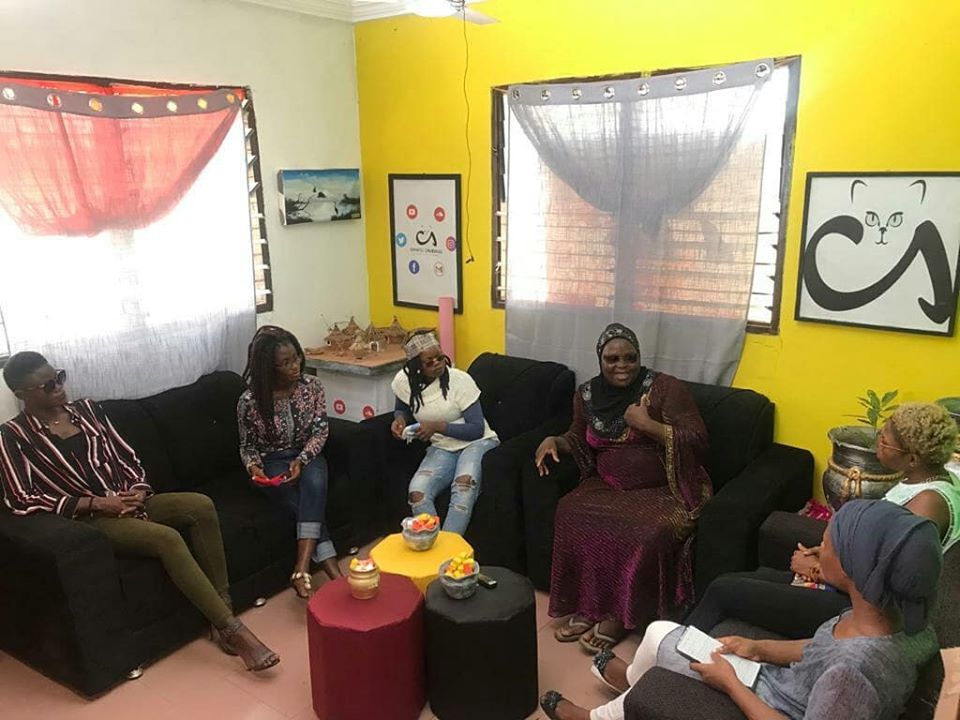 Female artistes in the northern region have called on people in the music industry to see them as artists instead of sex objects. According to these artists, most people especially the men who are in charge of the promotion and managing of artists in the region usually see female artists as just sex objects without acknowledging them as creative artists who can also do music.

These women made this known at the studios of Sanatu Zambang in a panel discussion organized by Norsaac, an NGO based in Tamale to mark the international women’s day celebration.

The ladies were to talk about their challenges in the industry, but most of what they talked about were geared towards sexual and gender-based violence. The sexual exploitation they faced in their line of work is being perpetrated by male players in the industry especially, the producers, managers, radio and tv presenters.

The artists discussed a lot about what they have gone through just for the fact that they are female artists. They also highlighted some of the abuses they have encountered on their way to get where they are, the ups and downs, who you have to meet to help and many more. Another issue of worrying was when the ladies recounted her ordeal with a so-called executive producer who wanted to sleep with her in the name of promoting her music or want to manage her.

They advised upcoming female artists should not let the perpetrators of these acts bring them down or silence them. They will meet the good and bad one but they should learn how to deal with them professionally. The female artists added that the young and upcoming artists should put God first and everything will work for them all.

The industry which is a male-dominated area has consistently and sexually exploited women in the name of promoting their work and managing them. The female artists described the perpetrators of this crime as wicked, heartless and shameless.

The Enough projects, “Disag’ya project” are set to demolish those acts and to make women stand for themselves by saying it’s ENOUGH.

The legendary artist, Meimunatu Lardi, is part of the project. Other artists include Diva 1, Amie, Reka J, AJ Sugar, Etornam. The song was produced by FlamesBeats.

Producers/Managers involve in sexual activities with their artists are wicked, heartless and shameless producers/managers were comments made by the artist at the panel discussion of Norsaac “Disag’ya project” project at the studios of Sanatu Zambang. It is disgusting of them to always think a female artist is supposed to be “used” before acknowledging her talents. The Enough projects, “Disag’ya project” set to demolish those acts and to make women stand for themselves by saying it’s ENOUGH.

The panel discussion brought together artist from diverse backgrounds to talk about Sex and Gender-Based Violence (SGBV) in the music industry, causes, effects, and advice for up-coming females interested in doing music including their thoughts on the International Women’s day celebration and how they perceive the celebration of women globally. Artists present were the living legend Memunatu Lardi, Amie, Diva 1, Etonam and Reka J.

“BEING A FEMALE ARTIST DOESN’T MEAN AM MEANT FOR SEX”

“SEE ME FOR WHO I AM NOT MY CLOTHING STYLE”

Northern Ghana- An endowment of hospitality